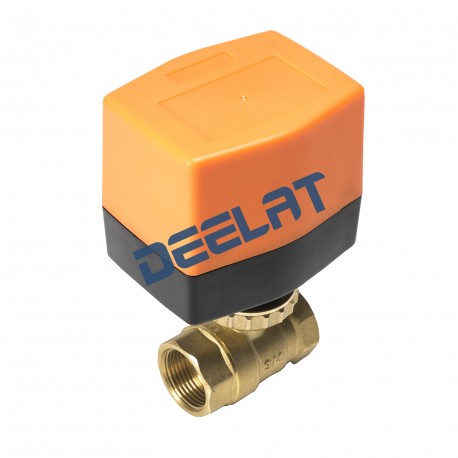 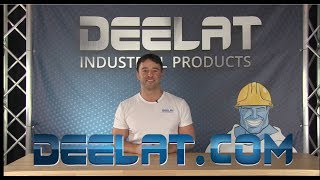 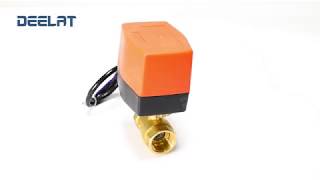 The motorized electric ball valve consists of a 2-Way 1” brass valve, has a 2.5N.m operating torque and the actuator requires DC12V power. It also consists of an on/off type actuator.

Function
These actuated valves act as a vessel for liquids and gas to flow through, allowing the valve to be fully open or fully closed. The valve is operated by the actuator, which is connected to your power source.

Application
The actuated valves can be used in a range of plumbing set-ups, as well as vehicle heating and cooling systems. 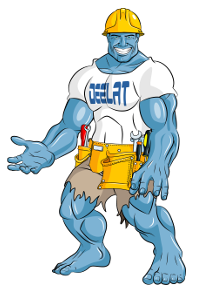 Do you have a question about this product?

Receive $5 off your purchase simply for asking a question! Ask us anything! In fact, we use questions asked on our website about our products to further inform future customers, so we want you to leave a question. In addition, you will automatically be entered in our monthly $100 giveaway when you ask a question! Click for details »
If you need an answer to your question immediately, please call our friendly CUSTOMER SUPPORT.
Jeff B.

How much does this valve draw from the battery? I see that it takes 16s to operate, but it how much current (i.e. amps) does it draw over that time? To put it another way, how many Ah (amp-hours) are needed to open or close the value? Thanks.

The valve does not draw any power from a battery, this actuator must be hard wired to a 12V DC power source. The actuator has an open close rate of 2-12s not 16. The reason for the rate of 2-12s is because its not a steady running time due to the DC motor inside. When opening the valve using the opening control wire there is a current of about 55mA and when the valve is entirely opened there remains a 10mA current flow. When closing the valve the current is at about 55MA as well but when entirely closed there remains a current at the range is 0 to 10mA.

Reply Inaccurate Deelat Industrial on Nov 14, 2017
Add answer I have this question too (0) Show all answers (1)
stacey s.

can this be used for residential natural gas?

Unfortunately our motorized ball valves cannot be used for natural gas. The seals are not made to withhold gas within the valve so there will be gas leaks which is very dangerous.

Reply Inaccurate Deelat Industrial on Apr 25, 2018
Add answer I have this question too (0) Show all answers (1)
Doug P.

Are there any control systems, that use water sensors to isolate the water system in the event of a leak, which work with Deelat electrically actuated ball valves? In the event of a power failure do the valves stay in their last position or do they fail-safe open or close?

There are no control systems included with the ball valve and are not sold by us either. In the event of a power failure the valve will stay in the position it was in when the power was lost.